This Elopement at Lake Minnewanka was AMAZING!! When Judith & Alvin first reached out they were still undecided where and when they wanted to get married. I was excited to help! I sent them some options to help them dream up their elopement, and they ended up really loving the Alpine Helicopter Elopement idea! This has been a dream for some time! We were all so excited, but of course there is still a pandemic!! With restrictions not allowing people who aren't in the same household to travel in the helicopter, we knew this was likely not going to happen. So we began to create a PLAN B & it ended up being one of the most beautiful & memorable elopements!!

The couple have a Golden retriever named Bailey, so I invited Olivia to join us to help out! It was so fun having her there!

As we travelled into Banff the sun was shining and excitement was in the air! We arrived at the Fairmont Banff Springs. The Hotel is located in the heart of Banff National Park & stands as a landmark in the picturesque alpine town of Banff, Alberta. It's called Canada's "Castle in the Rockies," with good reason. I felt like I was heading into a scene of a fairytale Disney movie. As a tourist hot spot, there weren't many people around, which made it feel even more relaxed & intimate.

We met up with groom Alvin & Bailey - who wore a FLORAL COLLAR!!!!!!!! SO.ADORABLE! When Judith told me that Bailey would be wearing a floral collar, I didn't realize it was actually flowers - in my head I thought a collar with flowers on it, like something you would buy on Etsy haha. It was so precious!!! We headed off to get ready for their first look!

I went to meet Judith, brought her to the first look location. She tapped him on the shoulder, and they were so cute and giggly. We needed to let Bailey have the second look. GAH!! LOVE THESE MOMENTS.

We walked around the hotel grounds, headed into the Town of Banff & stopped along our route to their ceremony for bridal portraits.

Judith had her hair done at Botega Salon and wore a dress from Anais Anette - She looked GORGEOUS!!!!!

Her veil was from Amazon! If I remember correctly she only paid $16 bucks for it! AMAZING!!!!

Groom Alvin wore a suit from The Bridal Centre, he looked very dapper!

We met up with Tamara in the parking lot when we arrived at Lake Minnewanka.

EEK!! It was almost time for these two to make it official!!

The beauty of elopements is how relaxed the pace of the day is, instead of the go! go! go! of a traditional wedding, you can linger, take it all in & be extremely present - so present that you can feel the warmth of the sunshine on your shoulders & hear each-other breathe moments before you say your vows.

Find out if a mountain elopement is right for you HERE!

Tamara did a wonderful job (as always!) officiating their ceremony. Judith & Alvin wrote personal vows & sealed it with a kiss! Me & Olivia had the honour of signing as witnesses for them.

After the ceremony, we explored the area, popped champagne (thanks for sharing!) and dipped our feet in the water! We also saw a fox - did you know they bark?!?! That was the first time I've heard a fox bark. It was so funny. It followed us as we were on our way back to the vehicles. Poor little guy looked a little rough, but it was a cute little end to the night.

As we said our goodbyes, Judith & Alvin gave us both a gift bag which included cookies & wine! Thank you SO MUCH.

Such a sweet gesture! No pun intended :)

Thank you for inviting me to document & witness your Banff Elopement!!! 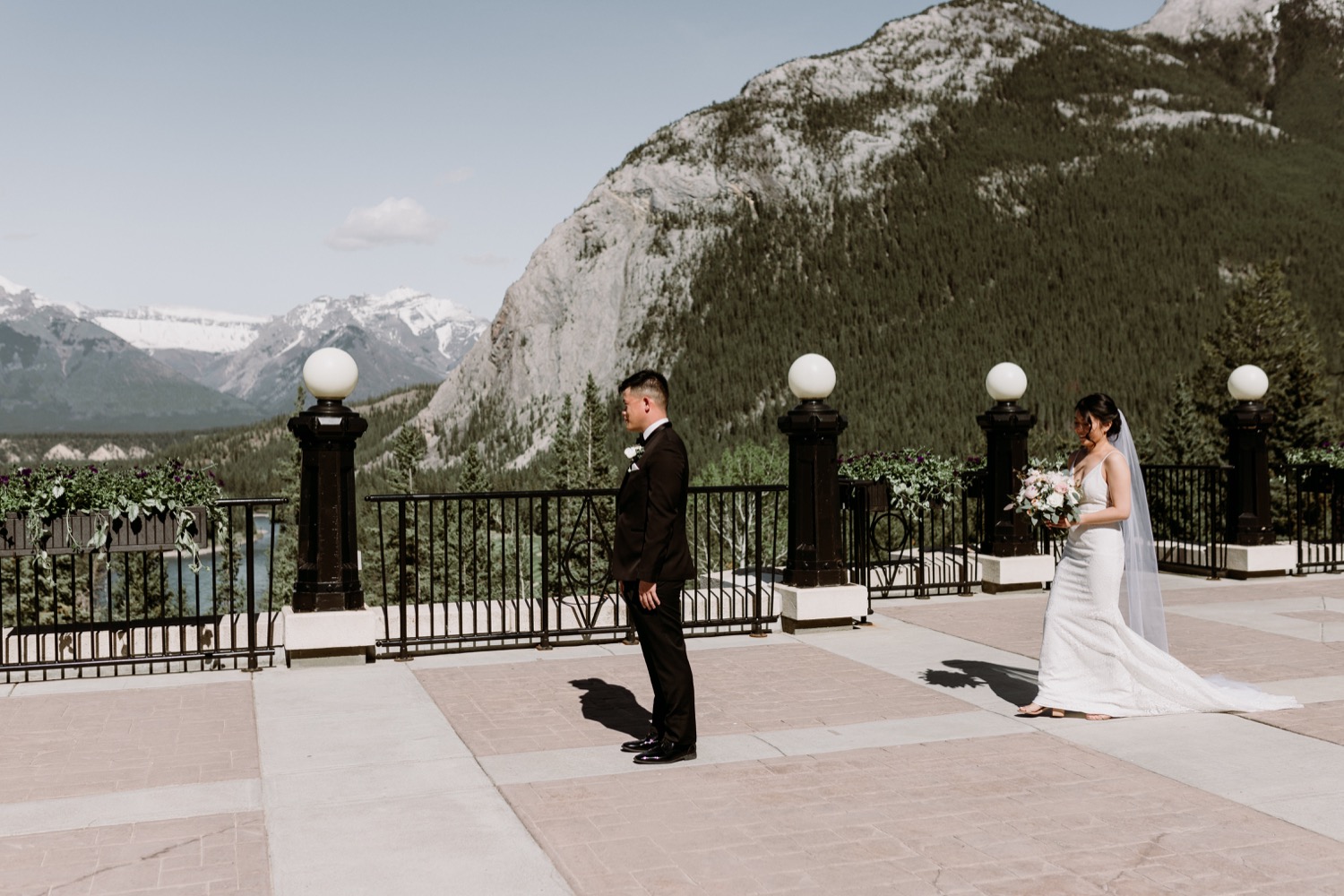 Mountain Elopement - Is it right for you? | Banff Elopement Photographer